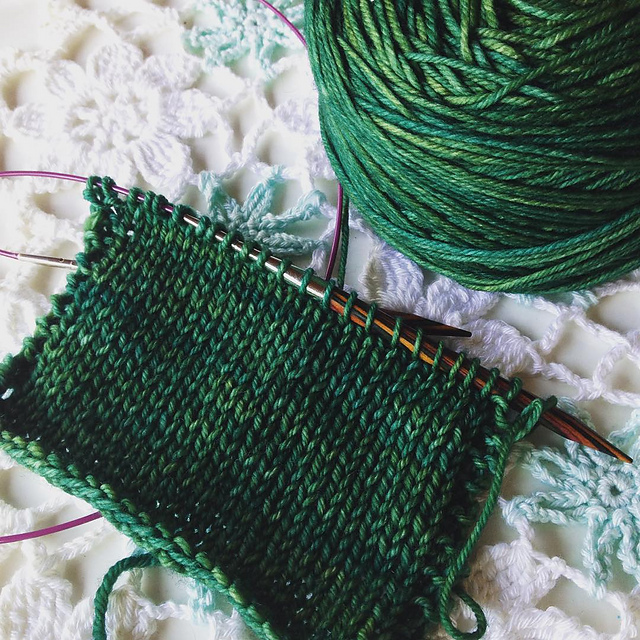 In October it was time for another visit to the brei- en haakdagen in Zwolle. A big yarn expo where every knitter and crocheter can eat their heart out. I brought my camera to take pictures of all the yarn you could get there and the lovely people and stands. Unfortunately I totally forgot, even though I was there for a whopping four hours!

I met with the scheepjes bloggers who were also there and had a lovely time meeting them again. I met several of them at last years crochet meet-up and it was nice to have a little catch up.

Of course I was also there on a mission: to find the perfect yarn to make Joji Locatelli’s worsted boxy sweater. I had my eye on that pattern ever since I saw it, and thought that it was time to put that baby on my needles.

I came across a few yarns that were exactly what I wanted, but the price really put me off. Eventually I decided to go with some beautiful Malabrigo Arroyo. I couldn’t afford to buy enough for the whole sweater, but I knew I had some pretty grey lace yarn in my stash that would suit the Malabrigo yarn perfectly. Isn’t that just gorgeous!? I used the lace yarn held double for the back of the sweater, so it isn’t too much of a contrast. I really wanted to show you this sweater for a while since finished it a few weeks ago, if only there wasn’t a small problem.

The sweater was waaaaaaaaay too short! My gauge was spot on, but it just wouldn’t block lengthwise. After much debate, this yarn was just too pretty and expensive to throw out, I decided to do some sweater surgery.

It all planned out very well, and after adding 30 (yes 30!) rows to my work, I could at last show you my very green and very pretty worsted boxy. If you look closely you can see where I’ve added my rows, but it doesn’t bug me. I think the choice for the lace yarn worked out very well.

This sweater is supersoft and cozy . I already have the yarn to start another one! I’m going to do the next one with faux cables and long sleeves for extra warmth.

For all the details about the yarn/yardage/alterations info you can look at my ravelry page.

Have you ever made a boxy sweater?