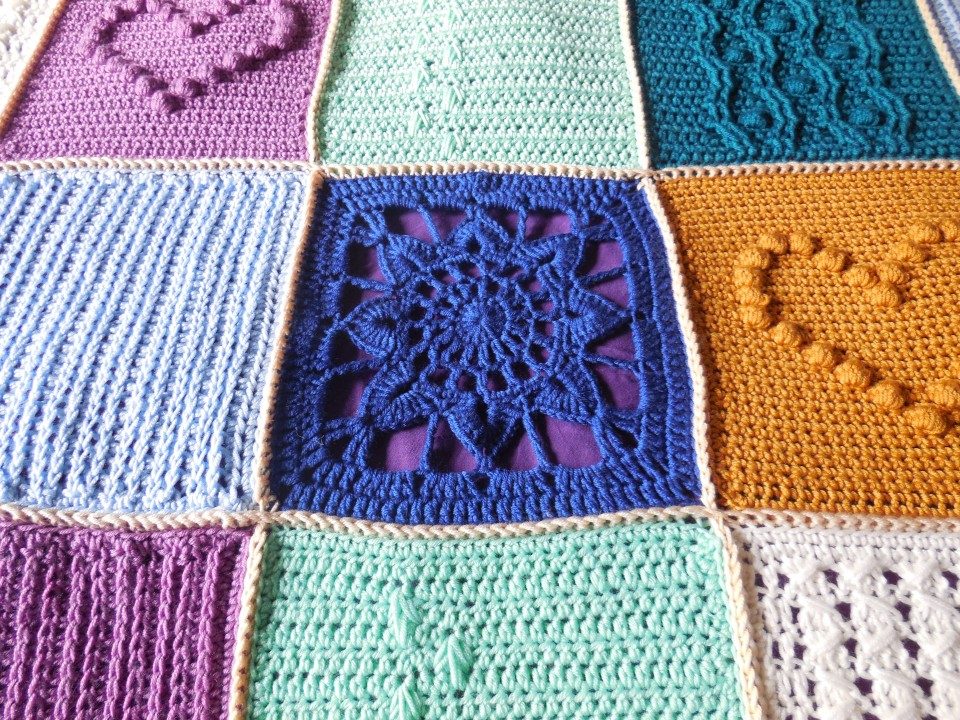 Do you ever get that empty feeling when you finish a really big project? Every week for a couple of months I was working on this blanket. Returning to it every time there was a new pattern. It was exciting, like a new friend you don’t really know that well. But working on this blanket week after week was like returning to an old friend after a certain time. We got to know each other better while time progressed. Even though there were certain times that, while we knew each other fairly well, my friend shared things with me I didn’t know before. Suddenly I ended up with this big stack of squares! Each one made with love, each one with a story from the designer in it. Most of the squares were from the patterns, but I also had to make extra, because I wanted this blanket to be twice the size. I haven’t made the Scheepjes 2014 CAL (yet), so I thought it would be nice to include some of its squares too. The one above is from week 8 And the green one is from week 5 It was time to join! Merging all those stories together in one big blanket. Magic happened under my hands, while every square was neatly and carefully joined. I used single crochets in stead of slip stitches, because I like a ridge 🙂 I wasn’t sure about some of the extra colors I chose, but like the personality quirks of my friend, it makes them who they are 🙂 And now it’s done. Yes, I miss working on it, but in return I made an heirloom to be proud of and to cherish for generations to come!

Now let me see your blankets! 😀